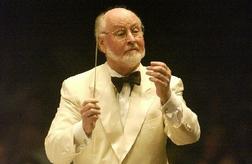 As my last blog post I not only find it appropriate to return to John Williams because of his impact on the world of film music, but because of his influence on my own musical ventures.  One piece of music that I did not mention in my first post about Williams is somewhat of a curiosity.  I say that because it is not as often that works written film easily cross over into a concert setting either easily (due to the size or demands of an ensemble) or without the baggage associated with the film.  Perhaps the greatest exception to this rule would be the music of Erich Korngold, another master of the golden era of film, as his themes for films often found their way into his concerti.

But in regards to Williams, the one work that I am thinking of that contains these properties is the piece “Hogwarts Forever!”  Taken as purely a concert work, its complex harmonic and rhythmic structures separate it from the often times caricatured grandiose themes associated with film.  However, within the film it acts as a subtle underscore that is, quite frankly, mostly overlooked.  This could lead into a discussion of music’s intention, questions relating to scoring, and other considerations, but instead, let’s just listen and enjoy the horn quartet that is “Hogwarts Forever!” from the film Harry Potter and the Sorcerer’s Stone.