Bruce Broughton (b. 1945) is an American composer of film, television, and concert music (as well as many other genres) whose musical influence, despite his relatively recent absence in the cinematic spotlight, is wide reaching. 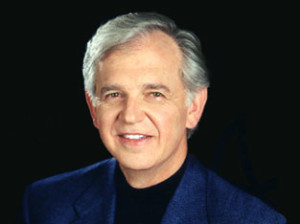 My own personal experience with Broughton’s work started with his veritable cinematic masterpiece, Silverado.  Additionally, I grew up loving the music he composed for several Disney World attractions, such as Ellen’s Energy Adventure, Honey I Shrunk the Audience, and, Spaceship Earth, to name a few.  (As a side note his scores to the relatively short-lived series Amazing Stories are amusingly genius)

In regards to his works for brass ensemble, he has many works, including:

Excursions for Trumpet and Brass Band

A Frontier Overture for Brass Band

Masters of Space and Time for Brass Band

Hornworks for Five Horns and Tuba

And the work which I am featuring today…

Fanfares… was written for the Bay Brass, and recorded on their CD “Sound the Bells.”  The piece consists of four movements, each with a style indicative of their respective titles.  It is a technically difficult work, but musically very rewarding.  Here is an excerpt: